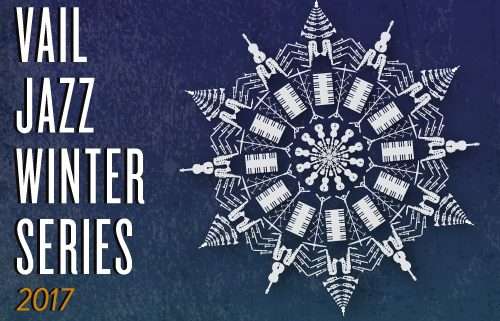 The Vail Jazz Winter Series is back! This year’s lineup boasts swinging bands, stunning vocalists, and exciting musical pairings, all hosted in an exciting new venue: the terrace at Ludwig’s. Ludwig’s terrace at the Sonnenalp hotel will transform into an elegant alpine jazz club, complete with dinner service.

Led by reedman and vocalist Adrian Cunningham, Professor Cunningham and His Old School consists of some of the most energetic and accomplished musicians on the New York scene, playing swinging and grooving music in the aesthetic of Sidney Bechet, Fats Waller, Professor Longhair and even Fats Domino! Their repertoire is deeply steeped in the New Orleans tradition, and is marked by hot jazz, growling horn, and grooving rhythms. The group has been a regular hit in the NYC underground party and swing dance scene since it’s formation in 2012; regularly performing to packed houses at swing venues and speakeasies throughout the city.

Brazilian guitarist Diego Figueiredo is a returning favorite at Vail Jazz, having wowed audiences this past Vail Jazz Party. Diego fuses jazz, bossa nova and classical music, blending his virtuoso technique with an infectious, joyful interpretation. He will be joined by award winning Italian singer and songwriter Chiara Izzi, “a talent to be heard, admired and anticipated” (Jazz Times). Chiara’s international debut took place at the Montreux Jazz Festival Vocal Competition in 2011 where she was awarded first prize by Quincy Jones. Together the duo will bring a unique blend of brazilian, mediterranean, and everything in between.

As a former member of the Muddy Waters band, Steady Rollin’ Bob Margolin plays his blues Chicago-style, naturally. After leaving the band in 1980, Margolin is now a bandleader, soloist, songwriter, vocalist and in-demand session player. He easily fuses the driving shuffle of his roots in Waters’ band with a high-energy approach, combining riveting slide guitar work, husky vocals, and powerful original songwriting.

Born and raised in Havana, Cuba, pianist and composer Jesus “Chuchito” Valdés is the third-generation manifestation of a Cuban jazz piano dynasty that includes his father, Chucho Valdés, and grandfather, Bebo Valdés. Playing professionally since the age of 16, by the late ’90s he took his father’s spot in the world-renowned Irakere band. As a solo artist he displays fiery intensity and daredevil technique, with original compositions and arrangements drawing on a variety of style including Afro-Cuban, latin jazz, Beblop, classical, and many more.

For more information about the series, visit the Vail Jazz Winter Series page.

Tickets to the Vail Jazz Winter Series will go on sale on Friday, December 16th.

Kick off 2017 with hot jazz Scroll to top