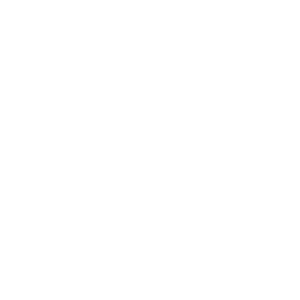 this event is free

Vail Jazz @ Riverwalk is a series of concerts hosted in the Riverwalk Amphitheater, featuring regional masters of swing, blues, funk, Latin jazz and more. An idyllic outdoor setting paired with tasty local fare, this series brings families, children, neighbors and friends together for perfect summer evenings at the Riverwalk at Edwards. Gates open at 5:00pm and music starts at 6:00pm. 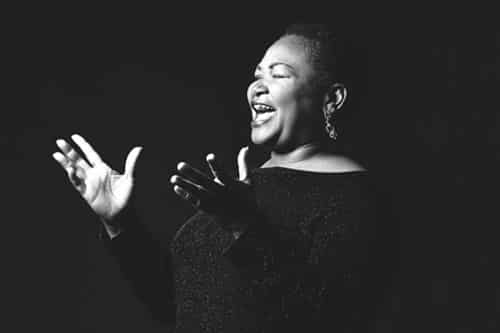 Hazel Miller and her band never fail to deliver a lot of soul, by way of blues, jazz, pop and Gospel. Her voice has been described as “stunning, moving and powerful,” and she has won many awards and accolades for her performances. Her band won the Westword Readers Poll as Best Blues/R&B band for three consecutive years, having opened for, or played with, James Taylor, Spyro Gyra, Lou Rawls and many others. Her band features Coco Brown (vocals), Cody Carbone (guitar, lead vocals), Rich Lamb (bass), Dana Marsh (keyboards), Brian Mikulich (drums), Jeff Nathanson (sax, flute, percussion) and Matt Weesner (keyboards). 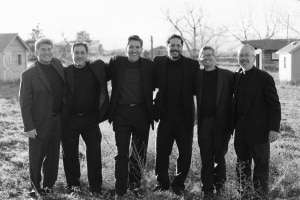 Once you hear After Midnight, you’ll wish the evening could go on forever! Swinging hard for more than a score of years, this sonically adept troupe has performed hundreds of concerts across the US at a wide variety of venues, jazz festivals and hip summer soirées. With dizzying precision (and lots of practice), they tackle the most challenging charts of Benny Goodman, Artie Shaw, Lionel Hampton, Nat “King” Cole, Sinatra and others. Be prepared to kick off your shoes and dance on Riverwalk’s well-manicured lawn–their energetic delivery of this infectious music will get you dancing, swinging, and smiling! Accumulating acclaim wherever they play, they venture well beyond the expected Goodman/Shaw/Herman-style of small-group tunes, offering a more diverse and creative take on the clarinet & vibe combo; a little bit Latin, a smidgen of blues, and a scintilla of cocktail pop! 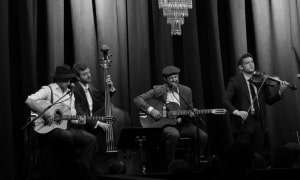 La Pompe is a device for raising water, but this summer at Riverwalk, they’ll be raising the roof! Gypsy Jazz is alive and well, and thriving in Edwards. This Denver-based jazz ensemble fuses eclectic American jazz standards with French ballads and “Hot Club” tunes, by way of Django Reinhardt. Voilà! Gypsy Jazz! Combining hard-driving instrumentals, rustic gypsy swing, vintage blues, creative vocal arrangements and soulful originals, La Pompe will soon have you tapping le foot…if not shaking le derrière …at Riverwalk’s amphitheater. With a new debut album, a weekly gig at Denver’s historic Union Station, plus headlining engagements at a variety of front range venues and festivals, La Pompe turns a trickle of notes into a deluge of fun. With two guitars, vocals, upright bass and violin, La Pompe is sure to pompe-up your weekend! 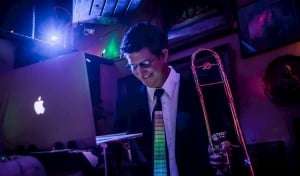 When DKO visits the Riverwalk amphitheater, it’ll be a Definite Knock-Out! This contemporary jazz group performs original compositions as well as fresh, creative arrangements of jazz standards written and/or arranged by trombonist and leader Darren Kramer. This rousing quintet brings its high-energy music to people all over the world through their inspiring performances, educational workshops and exceptional recordings. The dynamic power of DKO’s horn section blends artfully with its world-class rhythm section for truly voltaic performances. 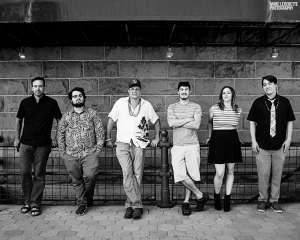 The Crescent City Connection is a bridge in New Orleans, over the Mississippi. It’s also the preferred route to get to some great New Orleans music, via a horn-driven powerhouse band based in Fort Collins, Colorado. With roots firmly planted in the Crescent City, this funk collective specializes in the earthy back beat and second line rhythms that permeate the Louisiana musical tradition, offering an authentic New Orleans sonic experience. Enjoy the music of the Mississippi on the banks of the Eagle River at Riverwalk’s family-friendly backyard. 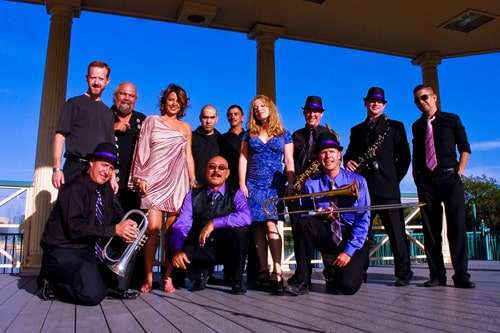 True to its name, which means “burning” in Spanish, Quemando is known as Colorado’s hottest salsa band. This 12-piece group brings infectious energy to each show, covering legendary Latin tracks and artists of the past and present, with creative takes on Celia Cruz, Marc Anthony, Gloria Estefan and others. Quemando, returning after last year’s sizzlin’ Vail Jazz debut, combines the zing and moxie of salsa music and turns up the heat on other genres too, from Sinatra to the Beatles. 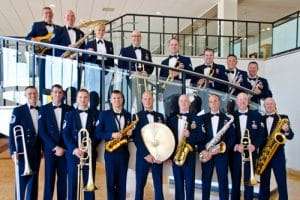 Recognized as one of the nation’s most versatile and professional military bands, this 17-piece ensemble focuses…yes, with military precision!…on some of the most noted works of the Swing Era. Grounded in authenticity but peppered with fresh sounds and solos, their creative arrangements honor the great jazz traditions while delivering a more contemporary take on the classics, both old and new. 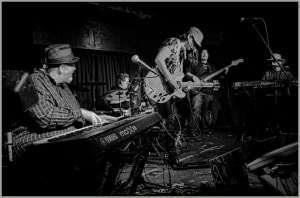 Closing out “jazz summer school” at Riverwalk, EEF & the Blues Express celebrates its 10th year with a Vail Jazz debut. One of Colorado’s premier blues bands, this dynamic five piece sonic party has seen its stock rise throughout the US, but enjoys particular popularity for its many gigs around the state. They’ve made repeated appearances at Memphis’ International Blues Challenge where they were semi-finalists in 2017, in addition to touring throughout the midwest, and opening for various national acts. Their musicianship and onstage energy have garnered numerous awards, including Best Blues Band (Westword), with EEF being awarded Songwriter of the Year at the CBS Members’ Choice Awards. As demonstrated on their four albums, they bring a feel-good drive to blues, soul, Motown, New Orleans and a variety of original and cover tunes. What a great band to wind-down (or wind-up) Riverwalk’s fifth season of summer parties down by the river!