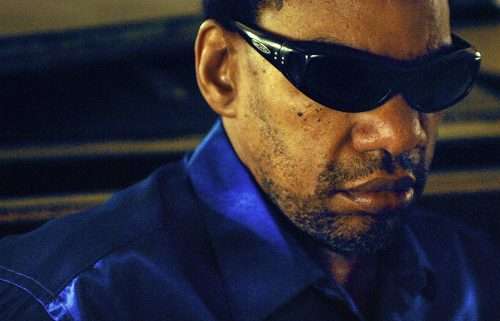 Henry Butler compares his audience connection to making love. For the 67-year-old blind pianist, connections are all about communicating without words.

Growing up in New Orleans, La., Henry Butler has been playing music since he was a small boy. Blinded by glaucoma in his infancy, his studies began at Louisiana State School for the Blind and continued at Southern University in Baton Rouge and Michigan State University. Since then, he’s recorded 12 full-length albums, performed in every large festival throughout the country and toured the world many times. He’s come to be regarded as one of the great pianists and vocalists of the ages, revered in both his hometown of New Orleans and his new town of New York City. But Butler says the learning never stops.

When asked what have been some of the more memorable compliments he’s been paid over the years, Butler says, “I’ve gotten all kinds of positive comments and I let people know I appreciate their sentiments. But I always say to myself, ‘hopefully the next time you hear me, I’ll be better.’”

He typically practices twice a day in his small apartment in Brooklyn.

“Part of it is an exercise regime, but that’s the base part. Within the exercise, you decide you have an idea of what you want to accomplish. That concept could be negotiating certain types of harmonic progressions. It could be working on a certain technical thing, or work on scales. It could be on working on proficiency,” he says. “Living in a place like New York, you have to portion your time. Once you get to a place where you know yourself pretty well, you can get a lot done in an hour or an hour and a half.”

Butler’s home was one of the many destroyed by Hurricane Katrina. He lost nearly all of his possessions, including his most treasured piano. Following the disaster, he relocated to Colorado and then New York, but has yet to feel settled.

“I don’t know that I’ve completely gotten over Katrina,” he says. “I just haven’t felt home since. I haven’t felt I lived in a community that felt like home since Katrina. I may go back to New Orleans or I may go to California. I could live anywhere at this point. I might come back to Colorado… but it got a little quiet for me. I needed to hear a few more sirens.”

Bellowing out vocal notes that sound almost operatic against his racketing piano, Butler is a force in and of himself. Still, he has shared the stage and recording studio with everyone from Jeff Golub to Cyndi Lauper, James Carter to B.B. King. His latest collaboration has him fusing cosmic musical powers with famed trumpeter Steven Bernstein & The Hot 9, a boisterous crew including a six-piece horn section: Curtis Fowlkes, Doug Wieselman, Peter Apfelbaum and Eric Lawrence, as well as guitarist Matt Munisteri, bassist Brandi Disterheft, violinist Sam Bardfeld and drummer Donald Edwards.

The result is a hypnotic explosion of  delightful harmony and improvisation, each musician taking turns to launch ahead of the rhythm, catapulting it with fiery solos as the entire band will occasionally pause in awe of Butler’s escalating individual masterpieces, which wander a gamut of emotions from melancholy to ecstasy.

“Every time I go out and sit on stage in front of an audience my goal is to inspire, to uplift, to encourage, to inform. If in some way we can heal a little bit together, that’s great,” Butler says. “The audience usually lets you know if you’re on the way to achieving any of that.”

The message Butler gets from his audience transcends words or applause or anything that can be measured.

“It happens all the time in what we call nanoseconds, when the audience energy comes back to me,” Butler says. “I get more inspired. I realize more ideas to share. As that stuff goes back to the audience, the audience perhaps moves to a different place of different understanding. Maybe it lifts them a little bit.”

To Butler, this type of communication is the deepest type of human connection.

“I’ll tell you what it’s like,” he says. “You’re in a relationship and you’re sitting with that partner and you feel what you’re thinking is something special. And maybe even before the partner says anything, before you utter anything to the partner, before either one of you pronounces love, you’re feeling what you think is love. Wherever an audience is after receiving the music and receiving more and more music, they send that back to me. You feel it. I’m always feeling it.”

Henry Butler kicks off the summer’s Vail Jazz Club Series with his rich solo performances at Ludwig’s Terrace in The Sonnenalp Hotel. The first show begins at 6:30 p.m. (doors at 6 p.m.) and the second show begins at 9 p.m.(doors at 8:30 p.m.). Tickets are $40. Drink and dinner service are available for purchase.

$10 Jass and Technology Scroll to top