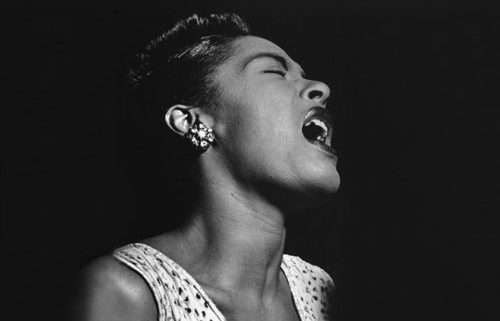 In the digital world we inhabit, our ability to hear songs that we love is so effortless that we forget that it wasn’t always this easy. The other night I was in the mood to hear some Billie Holiday so I simply told Alexa to play “God Bless the Child” and voila, instantaneously I was hearing one of the greatest jazz recordings of all time. WHAT A TREAT! The jukebox in the sky. Before sound recording, if you wanted to hear a chosen tune, you either sung it yourself or had to be in the presence of someone who would sing it for you. So the default setting for most was to try to sing it themselves.

Singing by humans is a natural instinct found in all cultures and in all corners of the world; however, there is no universal way to sing and idealized sounds that are produced by the human voice vary greatly from culture to culture. Since each culture reaches its own consensus on what stylistically a singer should sound like, over time cultural stereotypes develop and singers emerge that emulate and reinforce it. If you have ever heard a Tuvan throat-singer you know what I mean. Tuva is a Russian republic near Mongolia where singers use a circular breathing technique that allows them to produce two or more notes at the same time. In the U.S. on the other hand, we expect a singer to sing one note at a time with the ability to control the pitch of the singer’s voice, while possessing a pleasing tone/timbre and an extended vocal range with an ease of maneuverability throughout.

Think of a singer’s voice like a musical instrument that can be precisely played.  Many singers have developed remarkable vocal instruments with jaw-dropping technical prowess. But I submit that a great voice and technique are only part of the package. In jazz to be a truly great vocalist, you also need to have special gifts. It starts with song selection. Let’s face it, some songs are better than others. Choosing your material wisely is therefore mandatory. You must be able to interpret the lyrics of a song and be a great storyteller, a musical communicator. Intentionally leaving space between notes and phrases to add emphasis to the lyrics, varying the rhythm to create suspense, and where appropriate, “scatting” a chorus (singing nonsense syllables which are improvised in order to imitate an instrument) to add drama to the performance are all part of the storytelling. In fact, the ability to communicate to the audience, to sell the lyrics of a song, to make them relevant and your own, is what “closes the deal” and allows certain singers to rise above the crowd. In some cases a vocalist that is a great storyteller can even overcome technical vocal shortcomings and still rise to the top.

Take for instance, Billie Holiday. Born Eleanore Fagan, she was one of the greatest jazz singers to ever perform. Her voice had limited range and was thin, fragile and raspy, but what she did possess was an incredible ability to communicate with her audience and she had the uncanny ability to pick the right songs to perform. Billie’s greatness was based upon her storytelling ability and whether the material was sad (most of her songs) or happy, Billie could invariably elicit a physical reaction in her listeners. When Billie performed sad songs, she communicated the song’s story in an honest, deeply felt emotional manner that was raw and exposed her vulnerabilities. When she sang happy songs, she sang with an exuberance and passion that filled the listener with joy. The results were always the same. When Billie sang, the audience responded.

To accomplish the above, Billie selected the material she sang with care.  She was a curator of song, selecting material that contained music and lyrics that allowed her to communicate ideas and emotions in a persuasive manner. A case in point is the song I mentioned above, “God Bless the Child,” which she co-wrote.  Considered to be one of the greatest songs of the 20th century, the National Endowment for the Arts and the Recording Industry Association of America included it in their list of “Songs of the Century” and her recording of the song received the Grammy Hall of Fame Award. The song was written after Billie and her mother Sadie clashed over money. Sadie had previously borrowed money from Billie to open a restaurant and several years later when Billie was down on her luck, she asked Sadie for a loan. When Sadie refused to help, Billie is quoted as saying to Sadie, “God bless the child that’s got his own” and then left.  The first verse of the song is particularly poignant:

Them that’s got shall get

When you hear Billie sing these lyrics for the first time, you don’t need to know the above story to feel Billie’s pain, anger, sense of betrayal and helplessness.  That is what a good storyteller can do.

At 6:30 p.m. and 9 p.m. on Aug. 2 at the Sonnenalp Hotel and at 6 p.m. on Aug. 3 in the Jazz Tent at Vail Square in Lionshead next to the Arrabelle Hotel, Vail Jazz will present René Marie, one the finest jazz vocalists performing today, in her show “Experiment in Truth.”  A remarkable storyteller, René has received two Grammy® nominations for her unique blend of jazz, R&B and blues as she tells musical stories you’ll want to hear.

Brace yourself for a free big band performance Scroll to top