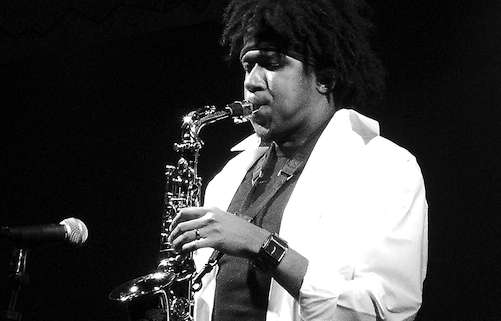 Growing up in New Orleans, it’s not surprising that once Khris Royal was old enough to read, he leapt immediately into playing jazz and big band charts. Before that, he was playing organ and drums at his family church. When it came time to choose an instrument, he wanted a trombone (Trombone Shorty was in his kindergarten class). He claims it was his mother who chose the saxophone for him.

“I actually wanted to play trombone because my older cousin played trombone,” Royal told Vail Jazz board member JoAnn Hickey in a recent phone interview. “So we went to the music store when I was 7. We were checking out horns and the salesman said, ‘man, you’re not going to be able to play trombone. Your arms are too short.’ I was like, ‘What? Trombone Shorty plays trombone and I’m taller than him, so give me a trombone.’” 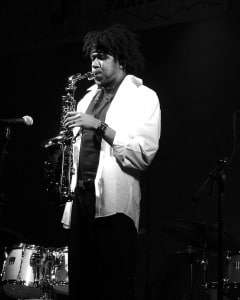 Royal attended an elementary school geared toward “art magnets,” where “we all grew up playing from an early age.”

In middle school, he played for the marching band and then joined the ranks of Wynton and Branford Marsalis, Terrence Blanchard and other musical greats in attending the New Orleans Center for the Creative Arts, an experience he said matched or even usurped his later education at Berklee, which he won on full scholarship.

One of the cornerstones of his education, however, came while attending the Vail Jazz Workshop, which invites 12 of the nation’s top teenage musicians to Vail for 10 days of intimate learning with professional mentors John and Jeff Clayton, Lewis Nash, Wycliffe Gordon, Terell Stafford and Bill Cunliffe.

Royal attended the workshop in 2004. The mentors’ approach to playing – by ear without the help of sheet music – resonated to his core.

“I can relate to that coming from New Orleans,” he said. “The music started in the streets. “It was a part of my upbringing. It felt natural. That’s how music is supposed to be passed on.”

The most transformative component of Royal’s experience at the Vail Jazz Workshop was discovering how to blossom beyond the confines of traditional jazz music.

“What has stuck with me are two really amazing drummers that were there: Coran Henley and John Adams. When we got together something cool would happen because we were listening to all types of music,” he recalled. “We would be playing jazz during the day [at] the workshop, but at night we were listening to a lot of stuff like ‘RH Factor’ by Roy Hargrove and ‘Comfort Woman’ by Meshell Ndegeocello. That was pivotal because it encouraged for me to want to be more versatile. This was important because up to this point I felt like a jazz purist. I used to hide to listen to the funk records I was drawn to.”

Royal has taken that versatility and skyrocketed.

He navigates other instruments – bass, drums, keysboards – seamlessly and has enveloped himself in a multitude of genres – jazz, rock, hip-hop, R&B, electronic, funk and reggae – proving how all can compliment one another with his band Khris Royal & Dark Matter.

“We didn’t really have a goal or a mission at first. I was just going to call some friends to play some music since I had this gig. The gig went so well that they asked us to play weekly. We began to think, what do we want to sound like? I had no idea. I just knew I wanted to play music that felt good and make people happy.”

Not only has Royal performed and recorded with everyone from Bobby Brown to Mary J. Blige, Tony Clifton to Nelly, but regularly accompanies George Porter Jr. and his band as well as performs at Red Rocks and other stadium-sized venues touring with popular reggae outfit Rebelution.

“I’m just playing music that I want to hear,” he said. “I definitely want to play things that attract younger people so maybe they’ll check out what I’m doing and they’ll check out other things I’ve done that influence me.”

Royal returned to Vail last year to perform for Vail Jazz’s 25th Anniversary Gala and will be back again this summer, performing with a select crew of fellow workshop alumni on July 6 for the 2020 Vail Jazz Gala at Larkspur. Tickets and more information are available here.

Miles Mosley has made waves since Vail Jazz Workshop days

This saxophonist records music in fallout shelters Scroll to top