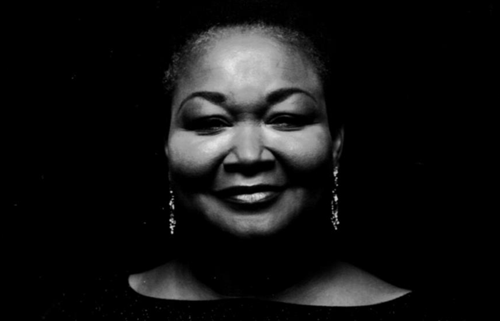 No excuses are necessary to make a celebration out of Friday afternoon, especially as summer is finally getting underway. Like many other artistic communities across the country, Edwards is once again primed to make the first Friday of the month extra special throughout the summer. Jazz, R&B, and Blues soulstress Hazel Miller Kicks off “First Fridays” in Vail! Beginning the First Friday of June, July, August, and September come to the Riverwalk for an evening of fun and free music, with vendors including Crazy Mountain Beer and tasty specialties from Tacorico and Loaded Joe’s! A friendly, community gathering, Doors open at 5 pm, with music starting at 6 pm.

Hazel Miller has been reckoned as a “force of nature”, with powerful vocals as she presents a show designed to make the audience dance and sing along – music that excites and involves the listener! The Hazel Miller Band has toured widely throughout North America, as well as Europe, the Far East and Middle East and Central America. You can regularly hear Hazel Miller’s music on SiriusXM Radio stations “Real Jazz” and “B.B King Blue’s Station” among many local stations across the country.

Sustaining a 38 year music career in Kentucky where she opened for acts such as Mel Torme, James Brown, and The Temptations. Hazel Miller now resides in Colorado, and regularly performs with Big Head Todd and the Monsters and also as a regular performer on the E-Town Radio show, airing on NPR. Now a Colorado favorite for three decades, Miller was a featured artist at last year’s Vail-Beaver Creek World Alpine Ski Championships and is famous for, as she would say in her booming, contagious voice, getting the good times rollin’.

Ms. Miller has released four albums “Hazel Miller and the Caucasians (Live at the Fox), Coming to You Live From KUVO, I’m Still Looking, and Icons” available on CDBaby.com. Highly recommended if you like the sounds of Aretha Franklin, Bonnie Raitt, and Etta James.

Come on down to the Riverwalk First Fridays on June 3rd and catch the soul queen in action! More information at http://www.riverwalkfirstfridays.com