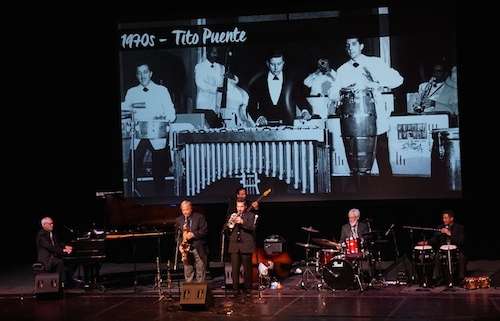 Roger Neumann played an integral role in delivering the art and joy of jazz music to more than 15,000 children in the Vail Valley. Based in Los Angeles, Eagle County was a second home to the renowned saxophonist, who, in addition to writing for, performing and recording with some of the biggest names in music, served as local educator over the last two decades through the Vail Jazz Goes to School (VJGTS) program.

“He was an outstanding educator, a jazz giant and a true friend,” said fellow VJGTS educator Tony Gulizia, who performed a tribute to Neumann at the saxophonist’s Celebration of Life on Dec. 15 in Los Angeles. “We’ve traveled the world together and had a history that goes back 38 years. He was an intricate part of our education program here in Vail. I can’t tell you how many thousands of kids knew him and loved him.”

A prolific composer and arranger, Neumann’s list of credits include work for/with Ray Charles, Count Basie, Buddy Rich, Barbara Streisand and The Beach Boys (to name a few). In addition to his successful career penning chart hits for other musicians, Neumann himself never stopped playing. He formed Roger Neumann’s Rather Large Band in 1975, recording two highly acclaimed albums in 1983 and 1994 and playing to audiences across the globe through autumn 2018. He performed extensively with Tony Gulizia and his brother Joey Gulizia, Vail local Kathy Morrow as well as Katie Thiroux, a graduate of the 2005 Vail Jazz Workshop.

“I’m going to miss the one and only Roger Neumann. He knew how to have the best time ALWAYS. He was a great support to me. I wouldn’t be where I am today without him,” Thiroux said.

Neumann taught jazz for most of his life, always finding ways to give back to the communities in which he lived in or visited. He served on the faculty for the Iowa Lakes community college jazz camp since 1984 and was an instructor for the Vail Jazz Goes to School program since its inception in 1997. In 2002, Neumann was honored as the jazz Composer/Arranger of the Year at the 20th Annual Jazz Tribute and Awards in Los Angeles, an event sponsored by the L.A. Jazz Society. At the 2012 tribute and awards, Neumann received the Jazz Educator of the Year Award, one of the greatest honors in the industry.

“The kids in our program looked up to him in the short period of time they got to know him kind of like a family member,” Gulizia said. “We approach the Vail Jazz Goes to School sessions that way – like a family. The kids looked at Roger like a big teddy bear who played the hell out of the saxophone. He was incredible as a musician and an educator. Just the love of this guy … it can’t be measured.”