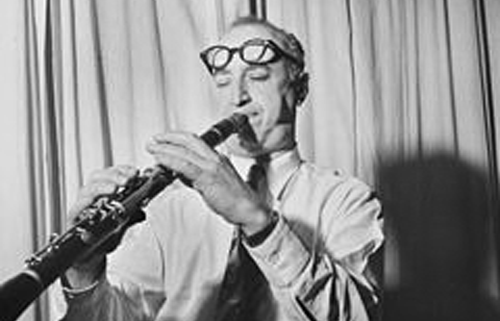 Early this year I was in New York and dropped by Mezzrow, a new jazz club in Greenwich Village. It is the sister club to the very hip Smalls Jazz Club, located less than a block away. When I am in New York, Smalls is one of my go-to spots for great jazz with an appreciative audience that comes to listen. Mezzrow bills itself as a listening room and “a place for music lovers to have an intimate experience, … a musical environment run by musicians for musicians.” I thoroughly enjoyed the experience at the club and it got me thinking about the name “Mezzrow.”

I knew there was a musician by the name of Mezz Mezzrow who had played the clarinet, and my curiosity got the better of me, so I spent some wonderful time learning about one of the more fascinating characters in jazz who epitomized the early years of the genre and the legendary hipster image of long ago.

Milton “Mezz” Mezzrow was born into a middle class (some say impoverished) Jewish immigrant family in Chicago before the turn of the last century and died in 1972. His teen years were marked by brushes with the law and he was in and out of reform schools and prisons, where he first was exposed to jazz and blues. Inspired to take up the clarinet (he also played the alto and tenor saxophone), Mezz immersed himself in the jazz scene of Chicago in the ’20s. 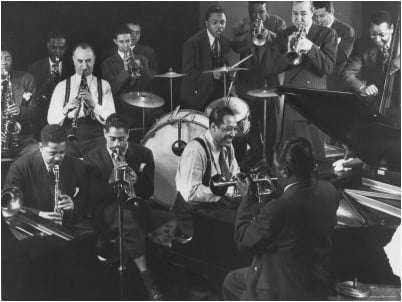 Hanging out with many of the giants of jazz, his circle of musician friends included King Oliver, Sidney Bechet, Louis Armstrong and many other people of color. Embracing the culture of his African-American friends, he married an African-American woman and moved to Harlem. He explained later in his autobiography, “Really The Blues” (1946), that when he first heard jazz he knew what his calling in life would be. He “was going to be a Negro musician, hipping (teaching) the world about the blues the way only Negroes can.” He declared himself to be a “voluntary Negro.” Mezz can also be heard on six recordings with the legendary Fats Waller and many others greats.

In a career that was probably more noted for off-the-band-stand activities than accomplishments with his horn, his friendship with Louis Armstrong led him to become Armstrong’s assistant and for a time his manager.

He organized, played in and financed many historic recording sessions with the black titans of jazz in the 1930s and 1940s and helped reignite an interest in New Orleans-style jazz. Ultimately, Mezz founded King Jazz Records in the mid-’40s, recording multiple “sides” with his friend Sidney Bechet, who is considered to be one of the greatest soprano sax players of all time.

Mezz can also be heard on six recordings with the legendary Fats Waller and many others greats. Notwithstanding the company he kept and recorded with, the consensus is that he wasn’t one of the top clarinetist of the day, but it was his devotion to the music and generosity with his musician friends that earned him their respect.

I would be leaving out an important detail of this story if I didn’t tell you about Mezz’s activities as a marijuana dealer. He was an advocate of marijuana as an alternative to alcohol and other drugs and he was a reliable supplier to many musicians. In fact, “mezz,” “the mighty mezz” and “mess-rolls” all became slang for marijuana in the jazz community. Mezz himself was known as the “Muggles King,” another slang term for marijuana at the time. In 1940, he was busted for his drug selling activities and sentenced to jail. When he was about to be placed in a cell block with other white prisoners he protested that he was black and was ultimately placed in the prison’s segregated black section.

Mezz was an outspoken critic of segregation and a proponent of equal rights for all, well before the Civil Rights Movement of the 1960s. Mezz was truly a complex one-of-a-kind character who lived at a time when the values and mores of the U.S. were undergoing a dramatic change and he was right in the forefront of it all.

After appearing at the 1948 Nice Jazz Festival, he joined many other ex-pat American jazz musicians living in France, making Paris his home during the last 20 years of his life, playing jazz and being Mezz.