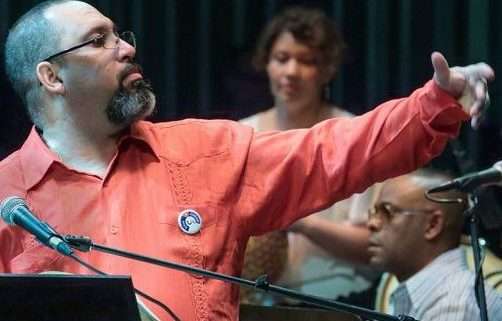 Jazz is very much like a tree with many roots (musical influences) and numerous branches (styles). Without doubt, the jazz tree took root in the fertile musical soil of New Orleans in the late 19th and early 20th century, but 90 miles away, another musical tree had began to grow in the very rich musical soil of Cuba and it spread its branches in a very different way.

Let’s start with the tree growing in New Orleans. The Crescent City was initially ruled by France, then Spain. Then France reacquired it, before selling it (and a lot more – all or parts of 15 future states) to the U.S., as Napoleon was short on cash for his military adventures. The Louisiana Purchase (the second of the “big three real estate deals” in American history (Manhattan and Alaska being the other two) was completed in 1803. As a result, New Orleans was then conjoined with the U.S. and became the largest port in the South and its largest and most important city. With a rich music tradition tied to its French and Spanish roots, it was an important transportation hub, thus allowing many additional musical traditions to be brought to this very cosmopolitan city. In contrast, Havana (and Cuba) had a culture almost exclusively informed by Spanish customs with formal and well-defined forms of music and dance traditions.

This is the European part of the musical equation, but of course, there was an African component as well. While we tend to think about slavery as a uniquely American enterprise, less than 10 percent of all the slaves brought to the new world landed in what is now the southern U.S. In fact, many more slaves were taken to Cuba to work the sugar plantations. Therefore, while each colonial power brought a distinct European musical tradition to it colonies in the new world, because of the trans-Atlantic slave trade, they also brought the polyrhythmic (two or more rhythms played simultaneously) music of the West Africa slaves to each locale where they ruled. Because of the politics, commerce, climate, geography, access to musical instruments and formal music education, and many other influences in each locale, the European and African musical roots combined in different ways creating new and locally divergent musical styles. In New Orleans, this symbiosis led to jazz, and in Cuba, it led to an Afro-Cuban popular dance music – the rhumba, mambo and cha-cha-cha, with a major emphasis on the polyrhythmic traditions of West African music at its core.

With two distinctive musical styles only 90 miles apart, it was only a matter of time before the two were connected. Fostering this musical exchange were among other factors, the U.S. Army’s three separate occupations of Cuba in the first part of the last century, and the free movement of Cuban and American musicians by ferry between Havana and New Orleans during this period. It therefore wasn’t very long until the jazz tree in the U.S. had tapped into Afro-Cuban music. “Jelly Roll” Morton, one of the early New Orleans jazz innovators, famously noted that with the addition of what he called the “Spanish tinge,” you could spice up the then prevailing 4/4 rhythm of jazz and add “the right seasoning…for jazz.”

Jelly Roll wasn’t referring to Spanish music, but in fact the dance music of Cuba, with an essence that was pure pulsating rhythm, that made the listener want to move to the music. The Afro-Cuban beat wasn’t the predictable four beats to the bar of jazz, but a delightful exotic seasoning that added a unique flavor to the musical stew. This new rhythm that was the foundation of the music is known as the clave (2/3 and 3/2 alternating beats), and really wasn’t new at all, but could be traced to religious ceremonies in Africa centuries before. This was the “secret sauce” that spiced up the music with a zest of exotic percussion instruments added. The musical menu called for the rhythm to be played by Cuban percussion instruments: congas, timbales, güiros (gourds played with a stick), bongos, and two hardwood sticks, also called claves, with each assigned a distinctive rhythmic pattern to play. The combination of all of the ingredients provided an intoxicating rhythmic experience differentiating it from American jazz that instead evolved into a music of improvisation.

On July 11 at the Sonnenalp Hotel and on July 12 in the Jazz Tent in Lionshead, Vail Jazz will present the great Cuban pianist Nachito Herrera and his band in a pair of club shows and concert, respectively. Add a little spice to your life and join us for what promises to be explosive evenings of Afro-Cuban jazz.

Inside the Vail Jazz Festival: Django Style Scroll to top