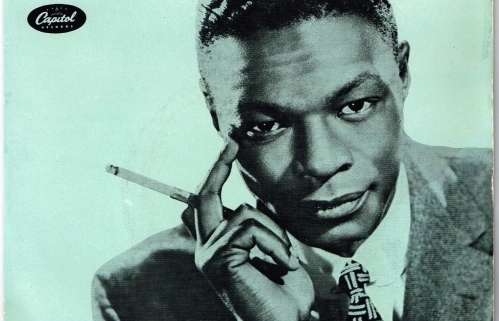 “Out of clutter, find simplicity. From discord, find harmony. In the middle of difficulty, lies opportunity.” The life of Nathaniel Adams Coles bears witness to these words of wisdom from none other than Albert Einstein. Nat “King” Cole, as he became known, was born into an African-American family in Montgomery, Alabama, 100 years ago this year, and this adage served him well during a lifelong struggle with racism.

Nat’s father was a Baptist minister and his mother led the choir at his father’s church. The family relocated to Chicago when he was 4 years old and during his early years, he played the organ at his father’s church. Nat’s mother taught him to play the piano, providing him with the only formal music training he ever received, and as a teen he would sneak out of the house late at night to listen to jazz at local clubs. By 15, Nat had quit high school, determined to become a jazz pianist. At 17, he joined an all-black touring musical show, but was stranded in Los Angeles when the show folded on the road. True to Einstein’s maxim, in the middle of a difficult situation, he saw opportunity and began playing in local bars, all the while honing his jazz chops. When his reputation began to grow, he was offered the opportunity to organize a quartet (piano, bass, drums and guitar) to play at a more upscale venue.

The band worked hard to prepare for the gig, as Nat understood this was the breakout moment he had been waiting for. But it appeared that fate would intervene. On opening night, his drummer failed to show up. This is when Einstein’s direction to find simplicity and harmony out of clutter and discord would save the day, along with the mantra of all great jazz players: when all else fails, improvise. Nat found simplicity and harmony with a drummer-less trio, forging a new way to present swinging jazz. It caught on, but as he put it, “for years the Trio did nothing but play for musicians and other hip people. We practically starved to death.”

He was not yet 21 and with all of his success, Nat was still unknown outside the world of jazz. Money was an issue and he was struggling. However, that was about to change, for as legend tells it, on a fateful night, the trio was playing in a club when a drunk began harassing him and demanding that he sing a specific song. At first, he tried to ignore the man as he didn’t know the tune and singing wasn’t part of his act. When that failed, he decided to try to shut up the drunk by singing “Sweet Lorraine,” a song that he knew. The audience loved his smooth baritone voice and his unique phrasing and enunciation. That night, out of an extremely difficult situation, he once again proved that when opportunity knocks, you need to open the door.

Nat went on to record the song in 1940, which would become his first hit record and started him on the road to success and fame. During the ensuing two-plus decades, he would record hit after hit, including “Unforgettable,” that aptly described him as a remarkably gifted entertainer. He became one of the most famous singers of the era, moving away from jazz to the broader audience of pop, and in the process selling over 50 million records and successfully touring throughout the world. In 1946, he had his own radio program – a first for a black musician – and in 1956, he had his own network TV program, another first for a black musician.

But unfortunately, in mid-20th century America, Einstein’s axiom proved to be no match for the “discord” and “difficulty” of racism and no matter how hard Nat tried to seize the opportunities that potentially existed for him, there were barriers for blacks that he could not break down.

A case in point, in 1948 he purchased a home in an all-white neighborhood in Los Angeles and was greeted by a burning cross on his front lawn. The family dog was poisoned and neighbors confronted him and told him that they did not want “undesirables” in the neighborhood. Nat responded, “neither do I. And if I see anybody undesirable coming in here, I’ll be the first to complain.”

His TV show, which was lauded by the critics, only aired for a year because a national sponsor could not be found. As Nat said at the time, “Madison Avenue is afraid of the dark.”

At the height of his popularity in 1956, he decided to return to his home state of Alabama and perform in Birmingham. Playing for an all-white audience (audiences were segregated in the South at that time), he was “welcomed home” by four white members of the audience who vaulted onto the stage and attacked him. He survived, but he would never return to the South to perform again.

While racism threatened his very existence, it was Nat’s three-pack-a-day smoking habit that killed him, as he tragically succumbed to lung cancer in 1965 at age 45. And while he died way too young, his musical legacy was renewed for a new generation of fans in 1991, when his daughter, Natalie, recorded a Grammy-winning virtual duet with Nat of “Unforgettable.”

Vail Jazz is extremely pleased to present the John Pizzarelli Trio “For Centennial Reasons: 100 Year Salute to Nat King Cole” on July 17 at the Sonnenalp Hotel (get tickets here) and July 18 at the Jazz Tent in Lionshead (Get tickets here). These shows will be multi-media presentations combining a live performance by John and his trio with classic video of Nat King Cole performing some of his greatest hits. 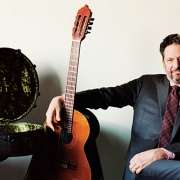 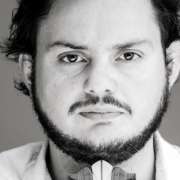