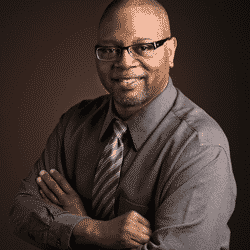 Born in Phoenix, Lewis started playing drums at 10. At 19, he began performing with local jazz bands while attending Arizona State University and at 21 was his hometown’s “first call” jazz drummer. Lewis moved to NYC in 1981 and joined vocalist Betty Carter’s trio with whom he toured for four years and later was a member of pianist Tommy Flanagan’s trio for 10 years. With one of the longest discographies in jazz, Lewis has appeared on more than 400 albums, earning him the designation Jazz’s Most Valuable Player by Modern Drummer magazine. He has performed or recorded with jazz immortals including Oscar Peterson, J.J. Johnson, Dizzy Gillespie, Sonny Rollins, Benny Carter, Clark Terry, Stan Getz, Milt Jackson, Horace Silver, Ron Carter, Jim Hall and Ray Brown as well as with Wynton and Branford Marsalis. In addition to many touring and recording credits, he has become a much-sought-after jazz educator. His lectures and workshops at elementary and high schools, music camps, universities and conservatories worldwide are as much in demand as his bandstand and studio skills. This is the 12th year Lewis has taught at the Vail Jazz Workshop.