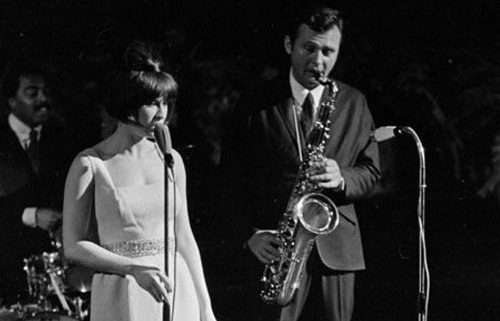 Ask someone about Brazilian jazz and the likely response is bossa nova and “The Girl from Ipanema.” The 1964 recording was a smash hit for Brazilian vocalist Astrud Gilberto and American saxophonist Stan Getz and it propelled the bossa nova sound to world-wide popularity. Ipanema is a toney beach neighborhood in Rio de Janeiro and the lyrics of the song tell the story of a tall, tan, young and lovely girl who sways like a samba when she walks to the sea.

While the song is a clearly in the bossa nova style, it refers to the samba, a music and dance traceable to the ancestors of the over four million African slaves brought to Brazil. A footnote here, it is generally not known that the number of African slaves taken to North America numbered approximately 400,000, but over 10 times that number were taken to Brazil and it was 25 years after Lincoln’s Emancipation Proclamation of 1863 that Brazilian slaves were freed.

Overtime, the freed Brazilian slaves left the countryside seeking a better life in the cities of Brazil. Many settled in the hilly areas of Rio, creating favelas (slums) that became the epicenter of the samba earthquake. The freed slaves brought with them the musical and dance traditions of their forefathers and beginning in the late 19th century and continuing into the early 20th century, a unique music and dance evolved in the favelas that mixed African rhythms and dance with the polka, tango and other music and dance that primarily derived from Rio’s European descendants. The result was samba, not only a music style (instrumental and vocal), but also a dance with exciting rhythms, and most importantly to many poor Afro-Brazilians, it was a manifestation of their culture. Not unlike American jazz and swing dancing, the fusion of African and European music and dance traditions created something entirely new, but this time it was samba; a term that was used in the Afro-Brazilian community to denote praying and the summoning of one’s god or saint.

By the 1920s the white middle class of Rio had been exposed to samba and they fell prey to the seductive nature of the music. Samba dance schools/clubs with thousands of participants were opened in Rio as the masses wanted to dance the samba and to this day these institutions proliferate in Rio. The joyful nature of samba ultimately fused with the pageantry and merriment of Carnival, so that over time Brazil became known as the country of Carnival and samba. By government proclamation, Dec. 2 is National Samba Day.

Samba spread far beyond Brazil’s borders and reached the U.S. in 1939 when Carmen Miranda, a Portuguese-born Brazilian samba singer, dancer and actress arrived in New York City to perform on Broadway. Known for her flamboyant dress and hats adorned with faux tropical fruit, Carmen sang in Portuguese and danced the samba in many major films of the 1940s, ultimately starring in over a dozen films. By 1945, she was the highest paid women in the U.S.

Change is inevitable in our modern world, so even in samba-crazy Brazil it was not surprising that the musical “new, new thing” would one day appear and it did. By the mid-1950s, young musicians and college kids began to adopt bossa nova (Portuguese for “new trend”) as their generation’s music. So what is bossa nova? A less exuberant form of the samba that is more melodic with less percussion, mixed with American jazz in a lyrical way with rich harmonies. Bossa nova has been popular for more than a half century, but samba is still the quintessential music and dance of Brazil. In a way bossa nova is just a beautiful branch on the samba tree. New branches continue to grow on the samba tree with each stylistic change in the popular music of the day and today there are rock and funk-infused samba bands that are part of the Brazilian music scene.

Just as samba had entered into the consciousness of Americans years earlier, now with bossa nova adding jazz elements to the music of Brazil, it is not surprising that jazz began to be known in Brazil in the late 1950s. And so it was that in 1960, Eliane Elias was born in São Paulo, a town approximately 250 miles from Rio. Eliane was exposed to jazz by her mother and encouraged to play the piano. As it turned out, she was a child prodigy, playing straight ahead jazz piano at the age of 12 and performing professionally in Brazil at 17. In 1981, she moved to NYC and the next year she became a member of one of the top jazz fusion bands of the day, “Steps Ahead,” ultimately playing with the who’s who of jazz. During her remarkable 35-year-long international career, Eliane has garnered seven Grammy® nominations, winning one, a multitude of awards and critical praise from jazz publications, including being the first women instrumentalist to be featured on the cover of Downbeat.

Eliane has returned to her musical roots and will be in Vail Square at 6 p.m. Aug. to present “100 Years of Samba.” You won’t want to miss Eliane Elias, the Girl from Sao Paul … not Ipanema.