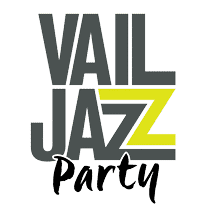 There are certain things that naturally go together — Colorado and skiing, for example. However, there is another pairing that might not be so obvious — Colorado and jazz. When the Vail Jazz Festival presents its 18th annual Vail Jazz Party over Labor Day weekend, it will continue a Colorado jazz tradition that is 50 years old and was nurtured right here in Vail.

The story begins in 1963 when Dick Gibson, a Denver businessman, gathered together jazz musicians and friends in an Aspen hotel over the three-day Labor Day weekend to have a party. That weekend, he created the first Jazz Party, a format that combined jazz musicians and fans in an intimate atmosphere with various combinations of musicians performing in jam sessions all weekend long.

Dick’s inaugural Jazz Party was a huge hit, and he presented an encore over the following Labor Day weekend in Vail. Dick was friends with Vail locals Marge and Larry Burdick, Bettan Laughlin and Billy Whiteford, who joined him to present the next edition at Casino Vail, the original “nightclub” in the heart of the Village. (In 1964 it was the largest venue in Vail.) Another great success was realized.

Dick ultimately moved the annual Jazz Party out of the mountains and down to the Front Range where Colorado Springs and Denver became the host cities for years. During his 30-year run, Dick presented an all-star lineup that featured some of the greatest musicians in the world. At a time when rock music began to overshadow jazz, these annual gatherings became a very important reunion of sorts between fans and players in the most relaxed and awe-inspiring venues one could imagine.

The fame of Dick Gibson’s Jazz Party spread with attendees traveling to Colorado from all around the world to attend the annual gathering. With limited seating at the party, jazz fans were often put on waiting lists. I was one of the lucky ones that attended many of these legendary Jazz Parties and when Dick retired, I was inspired to start the Vail Jazz Festival, motivated to carry on the great Colorado jazz tradition that he had created. The fame of the Jazz Party was so great, a documentary film was made about it called “The Great Rocky Mountain Jazz Party.”

Dick died in 1998 and the Mississippi Rag (www.mississippirag.com) observed in his obituary, “The (jazz party) concept … reinvigorated the jazz scene and led to the creation of jazz parties elsewhere.” It is reported that there were as many as 150 other jazz parties throughout the United States in the 1990s and of course, Vail became home to one of the best.

This Labor Day weekend you will have the opportunity to come to the Vail Jazz Party to see and hear why, for 50 years, jazz fans have come to Colorado to hear and see the greatest jazz musicians on the planet.

Free Jazz Festival Performances Begin This Sunday With Jazz @ The Market and...