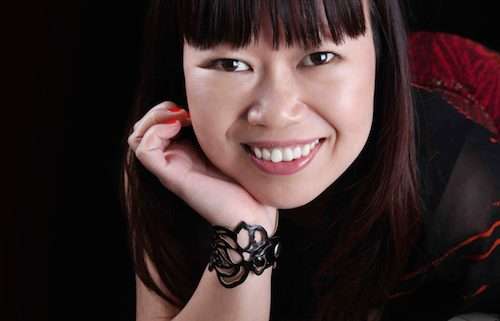 One of the great joys of my life has been “discovering” jazz musicians. As a listener, I find myself simultaneously moving in two directions – backward in time, discovering many of the jazz greats that are no longer with us, as well as forward in time, as I try to stay current by hearing all the jazz that is out there today. With the digitization of music, the rise of the artist self-produced recording, and YouTube, it is an impossible task to digest all that exists, but it is fun trying.

At the heart of my listening is something that I think is fundamental to many of us, without reference to music: the pure joy of discovering something new. Foodies are willing to sample endless offerings of extra virgin olive oil to find the perfect one and many shoppers enjoy scouring garage sales and second-hand stores looking for that perfect treasure. All are on a quest and discovery is at the heart of it.

As the Artistic Director of Vail Jazz, I have the perfect job, at least for me. I am constantly on a musical expedition to discover jazz musicians that I can bring to Vail to perform at one of our 85 jazz performances each year. So how do I do my job? Between Spotify and the streaming of jazz radio stations, there is an endless source of content that can easily be heard. In addition, relationships play a big role in learning about new players. Whether it is by recommendations from other musicians I respect, or the community of jazz booking agents who have a track record for representing up and comers, referrals play a big part in learning about new talent. Jazz magazines, jazz blogs and reviews of performances are also fertile ground for discoveries. Another source of information are the artists’ websites that abound, and the “virtual jazz club” of YouTube. These tools have made the job of checking out musicians so much easier, but there is no substitute for seeing a live performance. I want to share with you one story of how seeing a live performance put in motion forces that I believe were meant to be.

In 2011, I learned that there was a great Hammond B-3 organ player from Japan – Akiko Tsuruga, living in New York City – and the buzz was that she was the “real deal.” Women jazz organists are not that common, although one of the greatest was Shirley Scott. I made a mental note to check out Akiko the next time I was in NYC and the following year I had the opportunity to see/hear Akiko perform. It was clear that night that she was, in fact, the “real deal.” As she stepped off the bandstand, I approached her, introduced myself and booked her to come to the Vail Jazz Festival over Labor Day Weekend 2013, where she would perform with other musicians that I would select. This was part of my hidden agenda, since I wanted her to play with drummer Jeff Hamilton, a Vail Jazz Festival favorite and one of the top drummers in jazz. Akiko and Jeff had never met, but when I heard her play in NYC, I knew that she and Jeff were kindred musical spirits and I was confident that the results would be magical. They were. Akiko and Jeff played in a “jam” session where the music was completely improvised. As the 50-minute set unfolded, the two of them connected in a way that was miraculous. It was as if they had had been bandmates for years. I was grinning from ear-to-ear when the set was over.

If the story ended here, it would speak to the ability of two extraordinarily talented jazz musicians to make music without ever having the opportunity to rehearse together. That, in itself, is one of the most compelling aspects of jazz. How can strangers make such great music? That question has captivated me all these years and I still don’t have an answer. However, the story doesn’t end here. Because of the opportunity to play together in Vail, Akiko and Jeff agreed that they would try to work together in the future. Keep in mind that Jeff lives in Southern California, is the leader of the Jeff Hamilton Trio, co-leader of the Clayton-Hamilton Jazz Orchestra and a very busy musician and of course, Akiko lives in NY with a very busy performance schedule as well.

But the vow to work together was not just idle conversation and Akiko and Jeff began to play together when their busy schedules allowed. In January 2017 they recorded a live album, “So Cute, So Bad,” named after Akiko’s cat. The album was extremely well received and confirmed they were meant to play together and they now regularly do so. At 6 p.m. Aug. 23, Akiko and Jeff are returning to Vail to perform in the Jazz Tent next to the Arrabelle Hotel in Lionshead. Joining them will be guitarist Graham Dechter, the third member of the band, Akiko/Hamilton/Dechter. Again, if the story ended here, it would be a fitting climax to a musical encounter that began in Vail five years earlier. However, I am pleased to report that the next day following their performance in Vail, the trio will record their second album in the Denver studios of Vail Jazz’s sound engineers, Mighty Fine Productions. As a side note, MFP has been with Vail Jazz for over two decades and its team provided the sound for Akiko and Jeff when they first played together in Vail in 2013. What goes around, comes around! 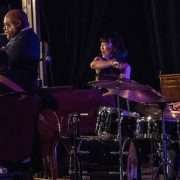 The key ingredients to musical chemistry

The ‘dark side’ of a young vocalist

The key ingredients to musical chemistry Scroll to top