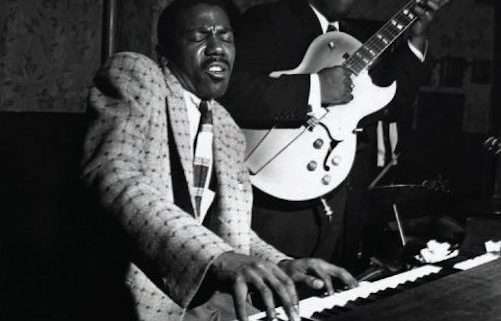 Hammond, Leslie, Cobbs & Smith … do the names sound like a law firm? Actually, the first two men were inventors, the third was a man of the cloth and the fourth was a musician. Collectively, their respective contributions to organ music shaped the future of the sounds of Gospel, jazz and much more. So who were these organ donors? Let’s start with the inventors. Laurens Hammond invented the Hammond electric organ revolutionizing the world of organ music. Prior to Hammond’s invention, if you wanted an organ your only option was to purchase a very large and very expensive mechanical pipe organ and therefore they were generally only found in cathedrals and concert halls. However, when Hammond’s Model A made its debut in 1935, it transformed the world of organ music because for the first time, relatively inexpensive and small instruments could be purchased for home use and by small churches. The availability of the Model A (and subsequent models) greatly increased the number of people playing the organ and in the decades that followed its introduction, Hammond organs could be found in the living rooms of homes across the U.S. and in many churches.

While the Model A sounded good in a large venue, to Donald Leslie, another inventor, it sounded “dull, shrill and still” in a confined space, so Leslie set out to improve the sonic qualities of the Hammond organ. In 1937, Leslie approached Hammond with his new invention, the Leslie, special speakers and amplifier housed in a separate cabinet that was to be connected to, and placed next to, the organ. The Leslie gave the Model A a distinctive whirling/swirling sound, known as the Doppler effect – the sound you hear as the source of a sound moves towards you and then past you.

To Leslie’s ears, his invention was what the Hammond organ needed to sound like a symphony in a box. Leslie suggested to Hammond that they join forces, but Hammond was indignant that Leslie was critical of the Model A’s sound, so Leslie decided to manufacture and sell his invention himself. Hammond was extremely hostile to the idea and redesigned subsequent models of his organ so that they couldn’t be easily connected to a Leslie. Ultimately, consumers decide which products succeed and which fail. Notwithstanding Hammond’s aggressive posture with Leslie, the organ buying public made it clear that the combination of the two was what they wanted and Hammond organ buyers bought Leslies and connected them to their instruments.

Two years later in 1939, the African-American founder of the First Church of Deliverance in Chicago, the charismatic and dynamic Rev. Clarence H. Cobbs, decided to purchase a Hammond organ and Leslie for his church. Cobbs was one of the first preachers to broadcast his services on the radio; he had a large congregation and a gift for promoting his ministry. It is speculated that the purchase of the Hammond organ and Leslie was a shrewd marketing move by Cobbs, but whatever the motivation, congregants flocked to his church after hearing them played on the radio and many black churches, particularly in the South, began to emulate the new Gospel music that was being beamed from the First Church of Deliverance. The Hammond organ and Leslie had forever changed Black Gospel music and it would never be the same. The passion, joy and earthy expressiveness of Black Gospel music were now joined with a rollicking exuberant sound of the Hammond organ and Leslie, and the result was a seismic shift in the music. Eighty years later, it is still going strong.

Now to the musician: James Oscar Smith. Growing up in Philadelphia in the 1930s, Jimmy played piano as a young boy, winning a radio talent contest when he was 9. In 1947 after service in the Navy, Jimmy studied music for two years with the assistance of the G.I. bill. By the early 1950s, he was playing piano in an R&B band, but on a fateful night in Philly, he met Wild Bill Davis, a jazz organist, and decided he wanted to become an organ player. Playing piano at night and practicing the organ during the day, Jimmy, totally self-taught, explored the myriad possibilities of the newest Hammond organ, the Model B-3 (and of course Leslie). He developed a technical command of the instrument and a musical approach that allowed him to combine Gospel, blues and bebop. Singlehandedly (actually he used both hands and feet), he created a jazz genre that inspired generations of musicians that followed, whether they played jazz, blues, R&B, pop, acid jazz and many others.

Miles Davis called Jimmy “the eighth wonder of the world.” Some called his music “soul jazz” and others called it “grits and gravy,” but it didn’t matter what it was called, it had an unmistakable groove and for the next five decades Jimmy was a major force in jazz influencing generations of organ players. A true innovator, Jimmy received the NEA Jazz Master Award, the highest honor that an American jazz musician can be bestowed. He was a prolific performer, who played with most of the jazz greats of the last half of the 20th century and when he died in 2005, he left behind an extensive catalog of recordings that are musical treasures. It is now generally agreed when reviewing the history of jazz organ playing, there was the period prior to 1955, the pre-Jimmy Smith era, and for the five decades following 1955, the Jimmy Smith era.

Vail Jazz will present the great Hammond B-3 wizard, Tony Monaco, a disciple of Jimmy’s, in a multi-media tribute concert to Jimmy at 8:55 p.m. Saturday in the Grand Ballroom of the Marriott Hotel in Lionshead. Come hear why Jimmy Smith was the master of the B-3!

A moment in the life of a musical prodigy

Magic on tap for 2018 Vail Jazz Party Scroll to top