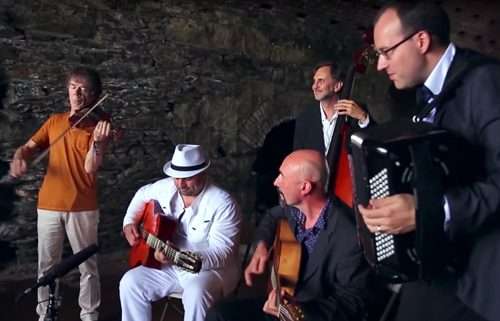 At latest count on a worldwide basis there are close to five billion videos watched every day. A YouTube video can go viral and propel an unknown entertainer from total obscurity to literally world fame in a matter of days. A case in point is the Korean pop singer/rapper PSY (Park Jae-Sang). His 2012 music video “Gangnam Style” rocketed around the world with over one billion views in less than five months (now at three billion and counting), propelling him to world fame with President Obama flashing his Gangnam Style dance moves on TV within months of the first viewings of the music video. Of course, PSY has been pushed aside to make way for the next YouTube phenome, and then the next, and then the next … and the question arises whether this type of fame can ever be sustained? Apparently, Andy Warhol understood this issue in 1968, well before YouTube existed, when he famously predicted that culturally speaking, fame would be limited to 15 minutes.

Contrast this viewpoint with the career and music of Jean “Django” Reinhardt. A Belgian-born (1910) Gypsy musician who was largely self-taught, Django would go on to become the most important European jazz musician ever and a guitarist who would influence successive generations of guitar-greats. Django moved to Paris as a child and earned a living as a teenager playing on the streets of the City of Lights before playing in dance halls, where he performed a style of music known as musette, a combination of French folk music, polka, waltz and jazz. Never receiving a formal education, it is doubtful that Django ever learned to read, books or music. In 1928 at the age of 18, he was severely burned by a fire in his caravan and after a prolonged period of recovery, he returned to making music, but unfortunately the fourth and fifth fingers on his left hand were paralyzed and he never recovered the full use of them. Not able to use all the fingers on his left hand to play chords on his guitar, he created new chords using his contorted figures where possible, while rapidly moves his good fingers up and down the neck of the guitar, inventing a truly unique technique. In 1934, he joined forces with Stéphane Grappelli, a French-Italian violinist, and they formed the “Quintette du Hot Club de France,” that synthesized the music of Django’s Gypsy heritage with jazz to create a ground breaking sound that would have worldwide impact, making both of them internationally famous. By combining three guitars with a violin and bass at a time when American jazz was dominated by the sounds of piano, drums and horns, Django created what became known as Gypsy Jazz (Jazz Marouche) and is now known as Django Jazz. Tragically, Django died of a brain hemorrhage in 1953 at the age of 43, having had only a short time to make his musical mark.

The passage of time fades our memories and fashions change, especially in music, and once Django passed, his music was forgotten, as bebop jazz took hold and the tsunami of rock washed over the world of music. However, nostalgia is a remarkable emotion driven by the strong desire to regain our youth, so music revivals are commonplace today. In some cases, it leads to a replay that generally doesn’t last very long. A decade after Django’s passing, his music began to be revived, but here is where the story gets interesting. Instead of a short-term revival based upon reminiscence, the music of Django began to take hold and build momentum and for the past five decades there has been a phenomenon aptly described as “Djangomania,” with Django Jazz played and enjoyed throughout the world and with jazz festivals dedicated to Django and his music held annually in the U.S. and Europe.

There was, of course, no Internet, so Django Jazz couldn’t go viral, but that really didn’t matter, because ultimately, Django and his music have passed the “test of time.” Greatness is not based upon a viral video, no matter how many views, but instead the creation of something of lasting value – a musical legacy – something that will be handed down to future generations. “Gangnam Style,” on the other hand, will be, at best, a historic footnote about the first video to have more than a billion views. Django and his music have entered the pantheon of popular music of the Western world and Django Style (contrasted with “Gangnam Style”) is now part of the classical music of the last century. Much like Louis Armstrong and Duke Ellington, Django Style has something special that will endure.

Vail Jazz will celebrate the musical legacy of Django at 5 p.m. and 7:30 p.m. on July 18 at the Sonnenalp Hotel and at 6 p.m. on July 19 in the Jazz Tent at Vail Square in Lionshead when it presents the Django Festival All-Stars. The music will be exuberant and played in a flamboyant manner, sizzling, infectious, and swinging, just as Django performed it over 85 years ago.

The infectious draw of gypsy jazz Scroll to top