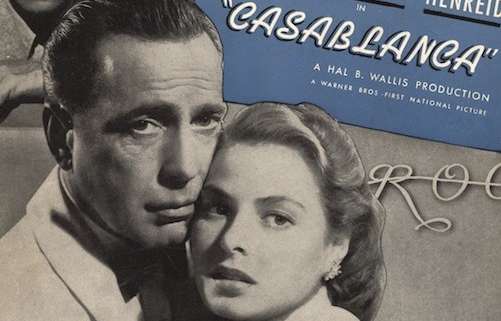 The 1927 film, The Jazz Singer, was the first feature-length (not a short) “talkie” (a film with synchronized speech, singing, instrumental score and sound effects). While the title suggests that it was about a jazz crooner, the story is about a young man who wants to sing pop music instead of following in his father’s footsteps as a cantor. The film was a great commercial success, which revolutionized entertainment. By the end of the decade, 50 percent of the U.S. populace went to the movies weekly. Unfortunately, Hollywood’s track record when depicting the world of jazz has not been very good, as most films have relied on clichés and commercial themes that have strayed from reality. Periodically though, filmmakers have captured the essence of the music and the musicians. Forest Whitaker‘s portrayal of Charlie Parker in Bird and jazz saxophonist Dexter Gordon’s Oscar-nominated role in ’Round Midnight were thoughtful explorations of the jazz life.

In the past few years, two jazz-themed movies – Green Book (2018) and La La Land (2016) have taken home Oscars for Best Picture and in 2014, JK Simmons won an Oscar for his performance as a demonic jazz educator in Whiplash. While winning critical acclaim and box office success, many in the jazz community were less than pleased with these offerings. The most recent jazz film, Bolden, was panned by the critics and failed at the box office as well. On the other hand, there have been some wonderful documentary films about jazz in the last several years. Keep On Keepin’ On, I Called Him Morgan, Chasing Trane and What Happened, Miss Simone? are a few noteworthy offerings.

So, while in recent years some filmmakers have done a better job depicting the world of jazz, it hasn’t been films about jazz (or even jazz soundtracks) that have been that important to the art form. Instead, it has been the music in movies that has had an outsized impact on jazz. A little history is in order. The explosion in popularity of the cinema in the 1920s through the 1950s (when television viewing began to skyrocket and attendance at movie theaters began to decline) coincided with the period when composers and lyricists began writing songs that became known as “The Great American Songbook.” Many of these songs were written for the movies and even when they were first performed on Broadway, found their way into the movies, where the audiences were much larger. It was a time when the likes of Irving Berlin, George Gershwin, Johnny Mercer, Jerome Kern, Richard Rodgers, Cole Porter and Harold Arlen, to name just a few, were writing the songs that jazz performers embraced and have been performing ever since, to the point that these songs are now “jazz standards.”

In 2004, the American Film Institute published its poll of the “100 Greatest Songs In American Movies,” Topping the list was “Over the Rainbow” from The Wizard of Oz (1939), with “As Time Goes By” from Casablanca (1942) next. On July 24 at the Sonnenalp Hotel (get tickets here) and again on July 25 at the Jazz Tent in Lionshead (get tickets here), Vail Jazz will present the great Ann Hampton Callaway, performing those two jazz classics and many more as she takes the audience on a walk down memory lane in her show entitled “Jazz Goes To The Movies.” I hope to see you all at these shows. As the character Sam (Humphrey Bogart) said in Casablanca … “here’s looking at you, kid.” 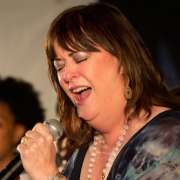 7 things to know about Ann Hampton Callaway Scroll to top