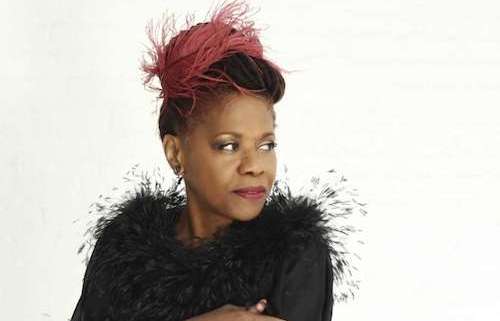 The Academy Award-winning documentary film, Twenty Feet from Stardom (2013) explores the careers and lives of a number of rock/pop “backup” singers. These very talented women backed up Bruce Springsteen, Mick Jagger, Sting, Stevie Wonder and other iconic rock/pop performers, but while the public may have known their voices, they were largely anonymous, performing while standing in the shadows, as the spotlight shone brightly on some of the legendary pop vocalists of the 21st century. Their value was their ability to blend and harmonize with the “front person,” enabling the group effort to create an overall sound that propelled the leader to fame and fortune. The film examines the hurdles, some self-imposed, that prevented these great vocalists from solo careers and stardom. There have been, of course, many male backup singers in rock/pop, as well, and many of both gender have gone on to great careers. Cher, Elton John, Luther Vandross, Mariah Carey, Michael McDonald, Sheryl Crow, Whitney Houston, Katy Perry, Pink, Mary J. Blige, Phil Collins and John Legend, to name just a few, all sang backup before becoming huge commercial successes.

What about jazz backup singers transitioning to the limelight? The simple answer is there haven’t been any, because there haven’t been any jazz backup singers. While there have been several instances where members of a jazz vocal ensemble (Lambert, Hendricks & Ross and the Manhattan Transfer come to mind) have vocally supported a solo by one of its members, the jazz vocal tradition relies more on the interaction between the vocalist, who is seen as another one of the instrumentalists, and the remaining members of the band. In jazz, everyone is responsible for the group sound or you are a soloist and everyone else in the band supports you. Scatting, the vocal technique of singing non-sense syllables, is a perfect example of how a jazz singer and the band work together for a group sound. So in jazz there is a totally different approach to the music.

Interestingly enough, there have been only a few rock/pop backup singers that have become top draw jazz vocalists. Catherine Russell and Niki Haris are two of them. Each started out singing backup for legendary pop artists. In the case of Catherine, she spent over two decades singing backup for the who’s who of pop music – Steely Dan, Al Green, Cyndi Lauper, Paul Simon, Jackson Browne, Rosanne Cash, and many others. Catherine toured extensively with David Bowie and is a multi-instrumentalist, not only singing backup, but also playing mandolin, guitar and percussion. It was only as she approached her fifth decade that she decided to take a stab at a solo career, not as a pop vocalist, but as a jazz singer.

Niki Haris began singing pop and R&B music in the early 1980s after college and from 1987 to 2001 she toured the world singing backup for Madonna. During the same period, her vocal work could be heard on the soundtracks of a number of films and she appeared in the documentary film about Madonna, Truth or Dare. She also worked as a choreographer for Madonna and others. By 2003, Niki decided to focus on family life and gave birth to her daughter, and when she returned to work as a vocalist several years later, she began to sing jazz and gospel.

So how is it that these two very successful rock backup singers suddenly discovered jazz and decided that in the later part of their careers they wanted to be a soloist singing jazz? Well, I guess the old proverb, “an apple doesn’t fall far from the tree,” and the lyrics of the Frank Sinatra hit, “My Way,” may explain it. Catherine and Niki have several things in common that I believe led them to jazz. Both are the daughters of jazz greats, but they both chose a career path outside the world of jazz. While their musical journeys may have started with jazz, both established their own identities and didn’t initially follow in the footsteps of their fathers.

In Catherine’s case, her father was Luis Russell, the legendary jazz pianist, bandleader, composer, arranger and long-time music director for Louis Armstrong. In Niki’s case, her father was Gene Harris (Niki uses one “r” in her last name), who was one of the most soulful pianists to ever play jazz, with a career that spanned over four decades.

So now you can see why the metaphor and song lyrics above are so appropriate. The daughters of two jazz greats grow up and develop into remarkably talented vocalists, but the world they grow up in is not the world of their fathers. Instead, they come of age in a world dominated by rock. My view is that as gifted, independent young women, they didn’t want to follow in the footsteps of their famous fathers, but instead, they did it their way.

Catherine Russell makes her Vail debut as part of the 25th Annual Vail Jazz Festival on Aug. 15 at the Jazz Tent in Lionshead (Get tickets HERE). Niki will once again return to Vail to lead the perennial Vail Jazz Party favorite, The Gospel Prayer Meetin,’ which will make its inaugural appearance on the big stage in the Ford Amphitheater on Sunday morning, September 1 (Get tickets HERE). 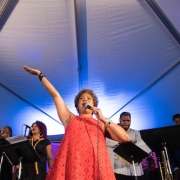 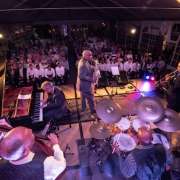 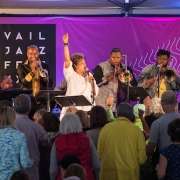 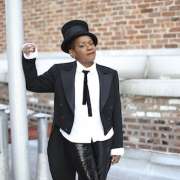