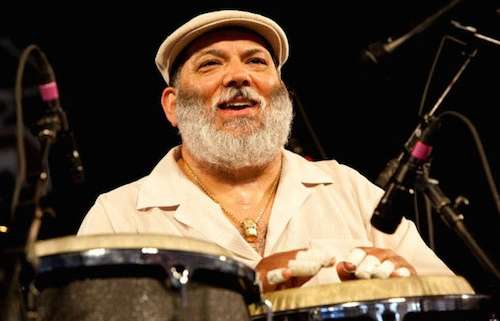 Previously I have written about the differences between Afro-Cuban jazz and American jazz and examined the reasons why the descendants of the same African ancestors, living only 90 miles apart in the New World, created two distinctively different forms of jazz. I concluded that that the outcome was predictable considering that each group’s music evolved in distinctly different cultural environments. Yet a society’s culture does not exist in a vacuum and in most instances, it is the handmaiden of the politics of the realm. Politics have had a lot to do with the shaping of Cuba’s music in the recent past.

In the late 19th and early 20th century, musicians (and many others) moved freely between Havana and New Orleans, soaking up the rich musical traditions of their neighbors. The U.S. invasion of Cuba in 1898 at the beginning of the Spanish American War changed the course of Cuban history with the U.S. military occupying Cuba three separate times, ending in 1922. By that time, Havana was the “Vegas” of the Prohibition Era. “Rum, sun, sin and fun” was the mantra of the day and “Latin” music became familiar to many Americans. Many Cuban musicians arrived in New York in the 1930s and 1940s, igniting the mambo and cha-cha dance crazes. At the same time, the rich polyrhythms and unique percussion instruments from Cuba began to influence American jazz, and Afro-Cuban jazz evolved in the 1940s and 50s.

However, things changed course in 1959 as the Cuban Revolution began. Fidel Castro seized power, followed by the Cuban missile crisis and then the U.S. embargo of Cuba. It wasn’t long before the flow of junket-bound tourists from the U.S. looking for a good time in Havana came to an abrupt halt and Vegas took over as the new “sin city” in North America. Neighbors had become enemies and 60 years later this sad state of affairs remains.

The result was that Cuba fell into the waiting arms of the Russians, as Castro was in desperate need of economic assistance. The popular revolution that began with the goal of removing a tyrant led to a new tyrant leading a repressive communist regime. Politics then eclipsed culture in Cuba and anti-Americanism became the credo of the masses. Jazz, the music of the Yankee enemy, was declared anti-revolutionary and no one dared play the music of the imperialist Americans.

As Cuba grew closer to Russia, the ideology of communism began to conflict with the roots of Cuban music. The African rhythmic tradition of native Cuban music, traceable to religious practices, conflicted with the “party line.” Hand drumming, which is at the heart of much Cuban music (conga, bongos), was perceived as primitive and was looked upon as undignified and vulgar. The use of cymbals on a drum set was criticized as being “too American.” Politics overshadowed music. Gonzalo Rubalcaba, the great Cuban jazz pianist who lived in post-revolution Cuba, is quoted as saying, “to play jazz music in Cuba between the ‘60s and the beginning of the ‘80s had the meaning to be playing the music of the enemy.”

Many famous Cuban jazz musicians left the island – Rubalcaba, Arturo Sandoval, Paquito D’Rivera, Bebo Valdés and later his son, Chucho Valdés, to name just a few. But not all Cuban jazz musicians left and many young musicians continued to play jazz surreptitiously. By the late 1970s, the Cuban authorities concluded they couldn’t suppress the music any longer and decided to sponsor an annual jazz festival. Most saw it as a cynical propaganda move by the government to establish its support of the country’s youth, even if it meant they were playing the music of the enemy. Others believed it was a disparate way of bolstering the economy, as jazz fans from throughout the world attended. Whatever the motivation, there has been an annual jazz festival in Havana ever since. However, Cuban musicians must always take into consideration whether their music will potentially offend the government, which controls all aspects of the economy. In addition, the freedom of Cuban and American jazz musicians to travel between the two countries has ebbed and flowed as the political winds have shifted in this country. So unfortunately, when it comes to Afro-Cuban jazz, politics eclipse the music.

This Thursday at 6 p.m. at the Jazz Tent in Lionshead, Vail Jazz will celebrate the great Afro-Cuban jazz tradition by presenting Grammy Award-winning conguero (conga player) Poncho Sanchez and his Latin Jazz Band in a concert that is guaranteed to get everyone up and moving. Get tickets here. 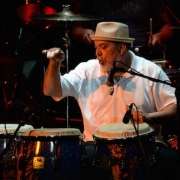 Following The Beat of The Conga ...

Following The Beat of The Conga … Scroll to top