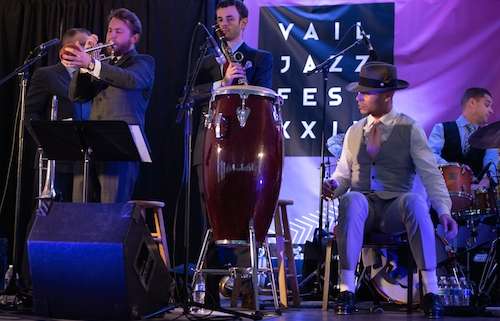 Why is the sound of old jazz making new waves? Elizabeth Bougerol of The Hot Sardines has a simple explanation.

“It’s a joyous, connective experience,” said the Sardines’ singer. “And these days people are starved for that sense of connection more than they know.”

Launched in 2007 when Bougerol and co-founder Evan Palazzo were drawn together over a mutual love for jazz icons such as Fats Waller, Billie Holiday, Ray Charles and Louis Armstrong, The Hot Sardines have established themselves as one of the hottest jazz ensembles in New York City.

A Sardines’ performance is both an auditory and visual feast of energy, all eight members of the band hitting individual bright notes that fit into the rich flow while the marionette moves of tap dancer AC Lincoln are so oddly cool and hypnotizing that one cannot help but become entranced, tapping one’s own toes if not leaping up and grabbing a dance partner. 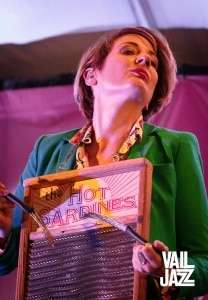 The Hot Sardines have performed all over the world, notching more than 100 gigs a year, gathering enthusiastic ballrooms full of new fans everywhere they go. Their 2014 self-titled album debuted in the top 10 on the Billboard Jazz Chart and remained there for more than a year and 2016’s French Fries and Champagne debuted at No. 5 on Billboard’s Jazz Traditional Chart, No. 6 on Jazz Current & Top 20 Heatseekers Chart and was No. 1 on both iTunes & Amazon jazz charts. Roll into one of their local NYC gigs and find an audience comprised mostly of millennials, passionate and committed to this energetic collective of swing revivalists, looking every bit like a jazz club might have in 1920. The crowds at their road performances comprise of every generation of jazz fan – from high schoolers to life-long connoisseurs who may have eye-witnessed a performance by Ray Charles or Ella Fitgerald in their younger years.

“Everyone has some working knowledge of this music,” Bougerol said. “They heard it in a commercial. Their grandmother played it. The stories in this music are so universal and timeless. When it’s live, there is something in it. To be in a room [or tent] with a three-piece brass section, there is something new every time.”

As a testament to this and also to The Hot Sardines’ unerring improvisation skills, during their Vail debut last summer, the electricity went out for several minutes, cutting the volume level into a whisper while the band did not miss a stride or a note. Palazzo, whose voice has unbelievable carrying capacity, seamlessly moved from piano to vocals, turning in his seat and projecting his voice out to the crowd as the horn section ramped up its blows. A pair of acoustic numbers took on fresh excitement until the power was restored and the band’s harmony and fiery movement locked smoothly back into full volume.

Not only did this make for truly impressive entertainment, but it also proves Bougerol’s point about the music’s potential for connecting people, which is certainly not a quality possessed by all artists, genres or even subsets of jazz.

“If you think of some of the more recent jazz, it can appeal to a more intellectual experience of music,” Bougerol said. “So it’s not about connecting everyone in the room necessarily. There’s something in this music. Every so often someone will pay us a compliment that reminds me of how special it is. One person came up after a gig and said, ‘while you were playing, I thought of every person I love.’ That was pretty cool.”

The Hot Sardines return to the Vail Valley for the holiday event of the season – a live performance and dance party at The Ritz-Carton Bachelor Gulch on Dec. 27. Doors open at 7:30 p.m. and performance/dance begins at 8 p.m. Tickets are $90 and include two drinks each. For more information, visit the event page or call 970-479-6146. 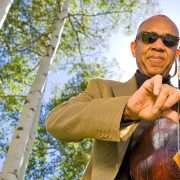 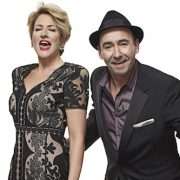 Sizzling sounds of the swing revivalists 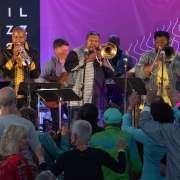 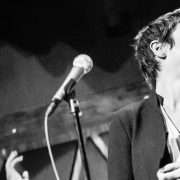