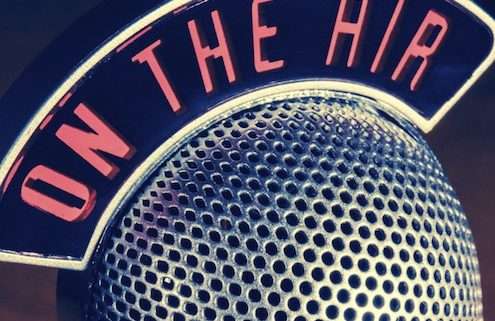 Since 1932 when large-scale broadcasts became popular in the United States, the relationship between jazz and the radio has been a natural one, keeping millions of listeners tuned in to jazz stations around the world for special interviews, new releases and cherished recordings.

Throughout the summer of 2017, Vail Jazz will hit the airwaves with an expanded series of rebroadcasted performances in partnership with KUVO, Denver’s internationally-recognized jazz radio station. Six one-hour programs will be released between July 23rd and August 27th in a series called, “Live from the Vail Jazz Festival.”

Ranked 50th in Downbeat Magazine’s “Coolest Things in Jazz,” KUVO is known as a foremost presenter of jazz in the radio format, reaching more than 106,000 listeners every week through its 17 locally produced programs. The station also transmits high into the Rockies through its local frequency, KVJZ 88.5FM.

“So many fans and patrons of Vail Jazz reminisce about their favorite performances and memories from the Vail Jazz Festival. We felt like it was time to start capturing and sharing these special musical moments on a larger scale,” said Vail Jazz Development Director Owen Hutchinson. “This is a perfect next step in our decades-long partnership with KUVO.”

Scheduled rebroadcasts will take place on Sunday afternoons, on the following dates:

“Live from the Vail Jazz Festival” rebroadcasts are made possible by: