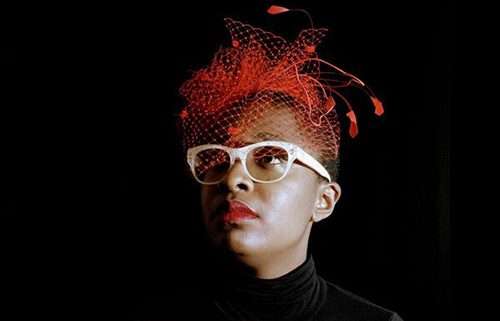 Not one to mince words, Cécile McClorin Salvant is grateful for the tidal wave of fanfare she’s received in the last few years, but is also OK with people who don’t like her sound.

“If you know of me and like my music, thank you for your support,” she told La Foresta earlier this year. “If you don’t like it … give it to people you hate.”

With a French mother and Haitian father, Salvant was born and raised in Miami, where she took an avid interest in music at the age of 5. By the time she was 8, Salvant was singing in the Miami Choral Society and was drawn to classical voice. Skip ahead to the vocalist’s later teen years and she moved to France to study both baroque voice and law. In Aix-en-Provence, it was teacher and famed reed player Jean-François Bonnel who introduced her to jazz. She began performing with a band and performed throughout Paris, going on to record her first album – Cécile – with Bonnel’s own Paris quintet. She returned to the states to win the prestigious Thelonius Monk Jazz Competition in Washington, D.C. at the age of 21.

Citing vocal inspiration from the likes of Sarah Vaughan, Billie Holiday, Betty Carter and Bessie Smith, Salvant struck up a fascination with American music, likening her own vocal style to not only jazz but also vaudeville, folk and blues. It is often obscure tunes centered around a powerful story, some dating back to the early 1900s, that resonate most with Salvant, who sings in French as well as in Spanish and English.

Salvant’s third studio album, 2015’s For One to Love, won the GRAMMY for Best Vocal Jazz Album. Honed onto a theme of strong, independent women, the record exudes a delightful melancholy and features five original compositions, a handful of jazz standards, and a couple of bright takes on rarities such as Rogers and Hammerstein’s “Stepsisters’ Lament” from Cinderella.

“Other musicians and composers really inspire me, film, books, things like that,” Salvant says. “And of course, people … seeing how people interact with each other in life, how they speak and describe their experiences.”

A conversation with her grandmother, a stroll through a visual art museum or even an observation of a strangers’ discussion from afar are fodder for Salvant’s muse.

“We all have a character depending on certain situations, how people communicate or try to hide emotion. How people lie and sometimes give a little bit of the truth is very fascinating to me,” she says. “Humor and laughter, the importance of humor and how people use that in their lives is important and interesting to me.”

Often sporting colorful, historic hats and/or retro frame eye glasses, Salvant’s vocal range is as unpredictable as her fashion choices, sometimes whispering over one word while wrenching out every syllable of another. She turns 27 this August and while finding herself surrounded by unquestionable popularity and acclaim as one of the world’s most quickly rising jazz stars, she says the limelight has never been something she has deliberately gravitated toward.

“I tend to not look at articles or interviews or videos of myself,” she says. “I feel really grateful for what’s been happening, but I don’t really like to be the center of attention. I don’t like to brag.”

Cécile Mclorin Salvant makes her Vail debut Thursday, Aug. 11 at Vail Jazz @ Vail Square The performance is from 6 to 8 p.m. inside the all-weather jazz tent in Lionshead. General admission tickets are $20 in advance and premium seating is $40 in advance. For tickets or more information visit vailjazz.org or call 888-VAIL-JAM.