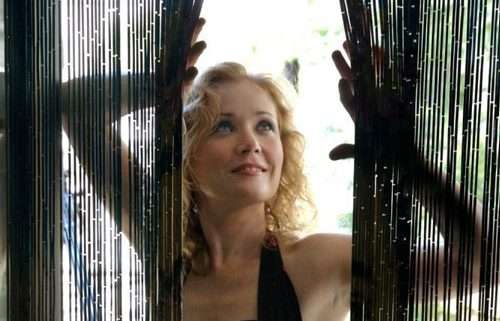 Nicki Parrott probably never would have discovered her vocal talent if not for the late, great Les Paul. Parrott had been a Monday night mainstay with Paul at New York City’s Club Iridium when one evening he stopped her suddenly in the middle of a set and suggested she start singing.

“He stopped me in the middle of a bass solo on stage and said, ‘is that all you’re going to do is play the bass?’ I had never sung in public,” Parrott says. “But Les was like that. He liked to put people on the spot and make them think on their feet. He liked having a female vocalist on stage.”

Parrott launched into Ella Fitzgerald’s “Deed I do” that night and her vocal career was born.

“He pressured me to do it, but then I fell in love with it,” Parrott says. “He seemed to have a lot of faith. You never knew what to expect with Les. He was always in the moment. He thought it was funny to catch me in the middle of a bass solo. He loved to be funny. He was all about the show.”

From composing, recording and collaborating on nearly 30 albums to performing in jazz festivals across the world, playing Broadway ensembles to winning numerous awards and sharing the stage with Clark Terry, Patti Labelle, Bucky Pizzarelli and countless other greats, Parrott knows a thing or two about “the show.”

Hailing from New South Wales, Australia, Parrott grew up constantly listening to classical music and started playing piano before she was 5 years old. She added the flute to her repertoire a few years later, “got serious and had some lessons,” then joined concert bands at school. Her older sister started bringing home Louis Armstrong and Charlie Parker records when she was a teenager and both girls began cultivating a love for jazz. Playing clarinet and saxophone, her older sister started a band and asked Parrott if she’d be interested in playing bass.

“I wanted to be part of everything, so I got a bass from school. It had only three strings on it, but I didn’t think that as a problem at the time,” Parrott recalls. “I could read music and transcribe. I did fall in love with jazz and the bass pretty quickly.”

By the time she was 16, Parrott had moved to Sydney to study jazz and began touring Australia. One of the compositions for her debut album with her sister landed her first place in Jazz Action Society’s Annual Song Competition. Then The Arts Council of Australia sent her to New York to study with famed bassist Rufus Reid in 1994 when she was 18. By 2000, she had caught Les Paul’s eye and ear and joined the Les Paul Trio.

Of her many career achievements to date, it’s her role in the guitarist’s legacy that she names first as a standout highlight.

“We played the 90th birthday of Carnegie Hall – to be part of that was a real honor. But every Monday night with Les Paul was a new show. It was a very, very interesting gig. Any chance you get to work with jazz legends like Clark Terry and Skitch Henderson, all of these wonderful musicians. Now they’re not here, but that I got some time talking with them was really special.”

As far as honoring legendary artists, Parrott loves putting her personal stamp on Peggy Lee tunes. Lee’s “Fever” has been a bastion of her set list for years, dating back to her first gigs after Paul summoned her vocal talent.

“She was one of the first voices that really struck home for me,” Parrott says. “I started to try to find new ways to do some of her classics. What I found interesting about her is how much of a musician she was. She was a composer – she composed a lot of songs – not many singers compose their own songs. She was a great performer with a very unique, sassy style. I always loved her voice. She had a wonderful delivery, with this cool, understated way of singing.”

As far as what to expect for her upcoming Tribute to Peggy Lee on March 2, Parrott says the classics aren’t the only tunes in the lineup.

“I like to have a varied repertoire. The audience is going to know some songs, but they won’t know every song. I want to enlighten them about facts and songs they might not have heard. Above all, I want people to enjoy themselves.”

Don’t miss Nicki Parrott’s Tribute to Peggy Lee for the 2017 Vail Jazz Winter Series at Ludwig’s Terrace in The Sonnenalp on March 2. The evening features two 60-minute performances; the first seating takes place at 6 p.m. (doors at 5:30 p.m.) and the second seating at 8:30 p.m. (doors at 8 p.m.) Tickets to each performance are $35 in advance. Seating is jazz club style around small tables. Dinner service and a full bar will be available. For tickets or more information, visit vailjazz.org or call 888-VAIL-JAM.

Brazilian guitarist specializes in ‘putting music into your heart’