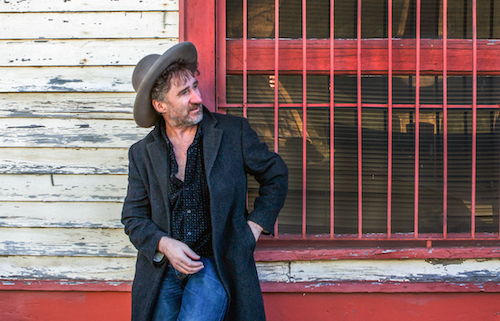 Growing up in a small village in England, Jon Cleary made a b-line for New Orleans the minute he hit adulthood.

The 56-year-old Grammy Award winner took up the guitar when he was a small child, but added the piano – and New Orleans piano-playing sensibilities – to his repertoire when he initially moved to The Big Easy as a teenager.

“Everyone in my family, if they weren’t musicians, they were music lovers,” Cleary says. “They’d always turn up with bags of records. My grandma’s generation was the ‘30s and ‘40s – the Fats Waller era. My dad’s was Lead Belly blues. My mom loves New Orleans jazz. One of my uncles was into blues and gospel. That kind of stuff was always around. The men in my family all played musical instruments for as long as I can remember. My uncle lived in New Orleans for a few years in the early 70s. He brought hundreds and hundreds of 45s. I’d stay with him and soak it up like a sponge.”

After working a job moving sheet rock and saving enough money for the trip, Cleary set foot in NOLA himself. He hadn’t planned on staying for more than a few weeks and certainly didn’t envision a successful musical career taking shape. But he landed a room in an old house next to the Mississippi River (equipped with a piano) and a slapdash (not musical) job at the iconic Maple Leaf Bar and it all came to gather serendipitously.

“I was a scruffy 18-year-old who could play four or five tunes. Me and a mate from school started digging up banana trees for work and the guy who owned the bar asked if I needed a job. He said, ‘the bar needs a paint job. Do you know how to paint?’ We said yeah. We had never painted in our lives. It took us six months to paint the bar. We got to see all of the bands for free. We’d show up and I’d sit and play the piano. When my boss came in, he’d shout at us that we were supposed to be painting. For hours every day I played the old piano in the house I was living in. It was my university of funk. I spent most of my time just listening and learning.”

One of the Maple Leaf’s regular acts was R & B keyboard king James Booker. One night Booker was in no condition to perform and Cleary was asked to sit in. It marked his first public performance. He was hooked.

“I was getting to play with the guys I’d pay to go see – Jessie Hill, Earl King … These were the legends still playing,” Cleary says.

It wasn’t long before Cleary’s own talents as a multi-instrumentalist, vocalist and composer joined NOLA’s legendary ranks. He went on to share the stage with everyone from B.B. King to Eric Burdon and write compositions for Bonnie Raitt, Taj Mahal and John Scofield. He’s recorded eight albums, 2016’s Go-Go Juice winning a Grammy for Best Regional Roots Album. For the last 20 years, he’s traveled the world delivering the spirit of New Orleans with his own distinctive stamp.

“There’s nowhere like New Orleans,” he says. “The spirit, it’s an intangible thing. Music is synonymous with New Orleans. Everything about this place screams good music. For over a century, they’ve been honing it down and getting it right. The ethnic folk music of New Orleans – R & B, jazz and funk – it’s so good it’s been taken and used as a template for all music across the world.”

Those decades of honing have led to a New Orleans musical tradition that is boundless, running an endless gamut of styles and sounds. When asked to describe what sets the approach to piano apart, Cleary said it’s something that can’t necessarily be put to words.

“The beauty of music is it transcends the limitations of language,” he says. “I suppose one thing is that the piano style is percussive. When you hit a piano key, it can be played in a percussive way. It’s strong when you’re part of the rhythm section, but it’s a chord instrument, too, so you’re dealing with the harmonic structure, the grace notes, the slurred notes. They are carefully played and selected, so it’s also subtle, something that tickles the ear. It’s sparkly. The big thing is that it’s medicine. It makes people feel good.”

Jon Cleary takes audiences through the history of New Orleans piano, highlighting icons such as Henry Butler, Dr. John and Allen Toussaint in a pair of intimate solo performances at The Sonnenalp’s Ludwig’s Terrace on Wednesday, July 31. Doors for the first seating open at 5 p.m. with performance beginning at 5:30. Tickets are $40. Get first set tickets HERE. Doors for the second seating are at 7:30 p.m. with music starting at 8 p.m. Get second set tickets HERE.  Full dinner service is available, not included in ticket cost and a $30 per person food or beverage minimum applies.

Cleary’s lively piano and vocals-driven New Orleans tribute show hits the Jazz Tent at Lionshead’s Vail Square at 6 p.m. on Thursday, Aug. 1. Tickets are $25 for general admission, $40 for preferred seat and $50 for premium seat. Beer, wine and cocktails are available for purchase. Get tickets HERE. 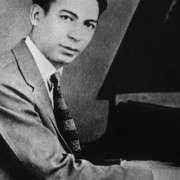 Howard Stone: The Jezebel of Jazz Scroll to top