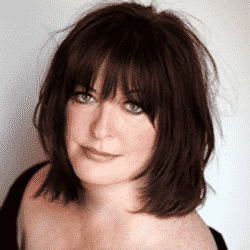 The ‘American Diva’ speaks candidly about her many hats, The Great American Songbook and working with Robert de Niro.

Hypnotizing audiences with her rich vocal delivery of the classics, Anne Hampton Callaway is a Tony Award-winning Broadway star, pianist, producer and songwriter who has composed hundreds of songs for everyone from Barbara Streisand to the hit TV series “The Nanny.”

In the Vail area, Callaway most recently leaps to memory for her stage-rattling tribute to Ella Fitzgerald at the Vilar Performing Arts Center in winter 2012.

This Thursday she is back in town, performing The Great American Songbook from 6 to 8 p.m. for Jazz @ Vail Square. Earlier this week she sat down to answer some exclusive questions

1. You’d been described as, and are a self-proclaimed “American Diva.” How exactly do you define/live up to that? The word diva has always been funny to me. I use it very tongue in cheek. It allows me to have a larger than life persona so I have more possibilities of reaching my audiences and have fun with them and sort of be a character. Not just me, Anne Hampton Callaway. I’m an introspective person and in certain ways, quiet and shy. No one would ever guess that about me. Because I love The American Songbook and I feel being a musician is like being an ambassador, it gives me a certain twinkle-in-the-eye leadership position to have fun with people.

2. Of all the song-writing collaborations you’ve been a part of with such a huge variety of artists, which ones stand out the most and why? Certainly writing songs for the great Barbara Streisand has been an extraordinary experience. She has reached 11 million people with the first song I wrote her at the same time – “Higher Ground.” That was uplifting to me because I’m a peace activist and that anthem for world peace was something I wanted people to hear and be inspired by.

3. What specific personal associations/emotions do you have tied in to certain tunes from The Great American Songbook? I feel The Great American Songbook has provided me an incredible sort of soundtrack to my life. These songs came in a golden age of writers who were writing mostly for Broadway and film. So they were writing for real situations, songs that had to advance the plot of a character in a timely, important, universal situation. I feel like these songs become more beautiful with time. They’ve become to me the things that understand us better than each other sometimes. They give me great comfort and I’ve learned a lot about life through them.

4. How is it difficult to perform the Songbook in distinctive fashion, unlike anything audiences have heard before? In your own words, describe your approach. My musical approach begins with the story and the lyric and where I’m going to be singing it – with a symphony orchestra, in a jazz club, in a foreign country. That might affect my approach a little bit. But usually the feeling I get from a story, from the words dictate what I do with it. Since we’ve heard so many renditions of the songs by great artists, to me it’s important to help people not take the words for granted and not take the story for granted. When my sister and I were putting our show ‘Boom!’ together and these songs from the 60s and 70s, people were so used to singing along that they didn’t even think about them any more. We had fun finding ways to articulate the lyric in a way that people felt moved by it. That is the challenge to every singer today, especially doing this material.

5. What was the most memorable aspect of your last visit to the Vail Valley? I just love the people. I love how much they love this music. It’s a great community of people who have come to support jazz. The beauty of the mountains inspires my performance, even though it’s harder to sing because of the oxygen situation. I usually take a couple hits of oxygen before I go on stage. Performing the wonderful songs of Ella Fitzgerald was a highlight in itself last time.

6. What songs are on your personal playlist? I have a very eclectic record collection. I listen to jazz. I love Brazilian music. To me, Brazilian music is so relaxing and beautiful. It puts me in a very happy mood. I listen to a lot of instrumental music, singer/songwriters, some of the old songs I grew up with – Joni Mitchell, Carole King, James Taylor …. I’m broadening my list all the time. My iTunes get bigger and bigger.

7. How do you go about narrowing down selections from the Great American Songbook for a performance? When I perform, I want every song to be something I can’t wait to sing. If I’m going to sing a love song, I want it to be one of the most beautiful, powerful love songs anyone has ever heard. I want it to surprise people a little bit. I want people to feel brand new when they leave a night of music – refreshed and human all over again.

8. In wearing so many hats as singer, pianist, composer, actress … does one or the other strike you as more rewarding? What is uniquely fulfilling about each? I think my dad once told me that if you want to live a happy, fulfilling life the more you can combine all the things you’re good at, the happier you will be. I think that’s what’s been especially rewarding about my career. I’ve been able to interpret music, create music and my philosophical side as a person, my humorous, silly side, the side that wants to enter different personalities, all of these interests lend themselves to a career in music. Singing has been the most natural, but writing is how I think. Acting to me – I was an acting major – it’s been a great part of my foundation as a singer to step into a story of a song and make it come alive. All of these parts of me are important.

9. Was your feature film debut – The Good Shepherd – all you hoped it would be? How was the experience working alongside stars like Matt Damon and Angelina Jolie? First of all, I didn’t expect to be on the set, in the movie, I thought I was just going to be on the soundtrack. Working with Robert de Niro recording the song, he directed me in every take and I did a large amount of takes because he’s so meticulous. We had fun in the green room talking about The Great American Songbook. When I got the call the next day that he wanted me in the movie I was just beside myself. I loved working on the set with Matt Damon and Angelina Jolie. Robert de Niro insisted I call him ‘Bob.’ He took a special moment to introduce me to the stars.

Where: The all-weather jazz tent in Vail Square, Lionshead

Tickets: Tickets are $20 in advance or $25 day of show for preferred seating and general admission is FREE on a first-come basis. Vailjazz.org. 888-VAIL-JAM